In space, all astronauts perform maintenance and repair tasks. To support them, they have completed thorough training, and have access to detailed instructions on computer screen and, if necessary, to experts on ground. A permanent contact with ground would undoubtedly improve the crew performance, but communications is limited on exploration missions to Moon and Mars.  However, delving any deeper into operations in training could make the training period unreasonably long.

The developed tool contributes to ESA’s goal to give unambiguous guidance to astronauts in complex maintenance and repair tasks both during the space mission and when training for it before the flight. The use of augmented reality (AR) makes the tool unique. The work instructions are provided as text, graphics or speech to the astronaut’s Microsoft HoloLens-AR head mounted display. For example, an arrow may directly indicate a lever in the device being serviced and show in which direction it is to be turned. The astronaut may also access the device’s service history on his or her AR display as well as its status report that is being observed both in space and on the ground. 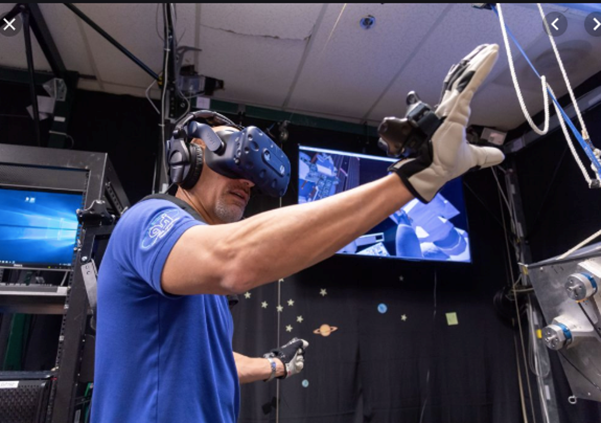