In the late evening of 25th July 2020, the large bulk carrier Wakashio IMO – 9337119 was pursuing her voyage in ballast from jetty 88 at Xin Su Iron ore terminal in China for Tubarao in Brazil. The Captain reported that his vessel has run aground around 800m off Pointe d’Esny on Mauritius’ south-eastern coast. From the plotted track in Report 1, Fig. 1 it appears the ship had planned a close pass to the reef.  Available navigational charts show that 800m more to the east, the ship would have had depths of more than 1000m.

For more information speak with our React team info@skytek.com 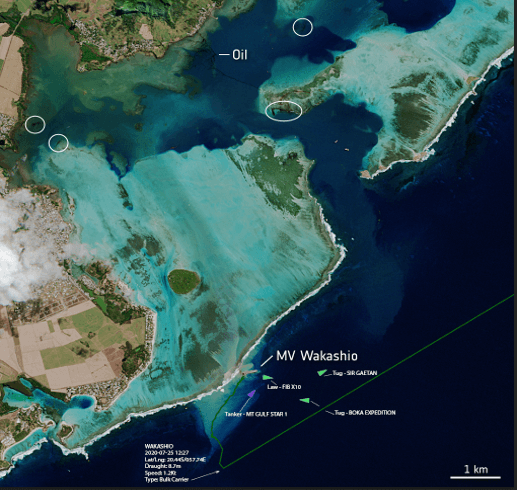