In the early morning of 19th Aug 2020, the large bulk carrier Mackinac Bridge – IMO 9689603 was pursuing her voyage from Yangshan, China to Nansha, Hong Kong. The Captain reported that his vessel has run aground around on Baili Dao Island at 0330LT causing probable hull damage.

Mackinac Bridge is one of the largest containerships, with dimensions of 366m long, 51m width and 14m maximum draft, but displaying only 7.4m draft at the time of grounding. Her DWT is 147404, capacity 13870TEU, built-in 2015 at the Imabari Hiroshima shipyard.

For more information speak with our React team info@skytek.com 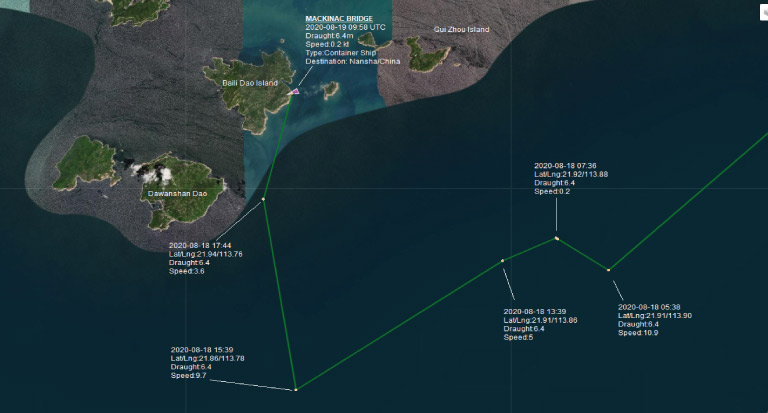