“Maysak” is the first Category 3 typhoon predicted to make landfall in the Korean peninsula after the 1959 Category 3 Typhoon “Sarah”, and its predicted track will have major Korean shipyards in Busan, Ulsan, on alert. Their location, on the typhoon’s dangerous right-hand side, makes the possibility of storm surge a real threat.

Skytek captures 12,958 marine assets in the current “Maysak” cone of uncertainty with 40% of them blue-water cargo carriers.

To connect with our expert analysts email info@skytek.com 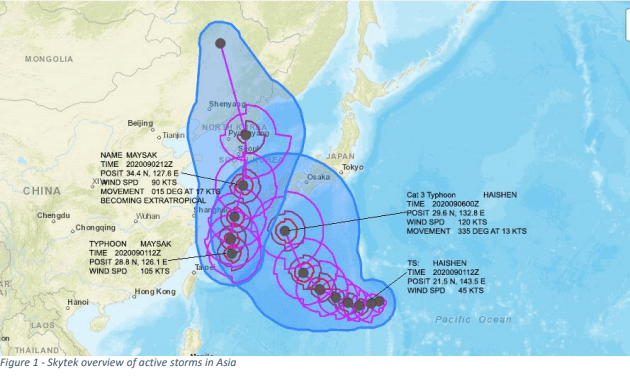