The marine industry is the lynchpin of the global economy, with maritime distribution networks keeping the industry, retail and energy sectors moving even during the toughest of times. Global connectivity has increased not only consumer demand but also increased expectations of rapid fulfilment of orders and supply chain durability.

Despite this, it has a reputation for being behind the times, slowed by archaic and arcane paper-based processes. The knock-on effect is not only on shipping, either, with the re/insurance sector left in the dark about vessel movement and port activity.

This need not be the case, though, and the big data revolution is coming to the marine sector, bringing tangible benefits for re/insurance. Technology is already re-shaping industry on the ground and with improved digital communications networks and ever-cheaper data processing and storage there is no reason for ocean-bound industry to be any different.

Indeed, marine, and particular marine re/insurance, stands to benefit from the coming transformation to ‘Industry 5.0’.

For a start, smarter and faster risk evaluation is more necessary than ever. Today, the marine insurance and reinsurance sectors face some of the greatest challenges in their history. From extreme weather to a shifting geopolitical climate driving sanctions breaches, not to mention unclear vessel service histories, risk and uncertainty dominate the sector like never before.

While digital transformation is unavoidable in every industry, the challenge for insurers and reinsurers today is to break the reliance on paper-based processes that result in a data lag, increased costs of information processing, and too great an opportunity for unscrupulous actors to obscure key facts about vessel history and activity. The key to overcoming this is using technology in a way that underpins expert decision making.

While Industry 4.0 pushed digital technologies, from artificial intelligence (AI) and machine learning (ML) to the internet of things (IoT) to the centre of business activity, Industry 5.0 seeks to bring back the human touch, enabling decision makers to work smarter and faster by providing useful, up-to-the-minute data, properly contextualised, so that it can be used to help professionals to make informed decisions. Rather than either operating with partial visibility or according to purely automated decision making processes, Industry 5.0 means using digital data to produce human-actionable information. For re/insurance, the right technologies mean getting complete visibility at fleet or individual vessel level, with granular data driving better decision making and, ultimately, risk reduction. 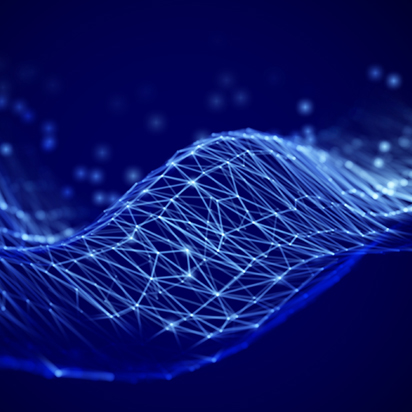 Industries across the board have enjoyed the benefits of digital transformation of their processes driving improvements in the bottom line: a McKinsey study found industries that invest in digitalisation could reduce operational costs by 3.6 per cent on average and improve efficiency by 4.1 per cent. For re/insurance the advantages will be even more significant. Clear insight into vessel, owner, registry, port, offshore, maintenance, crewing and weather information can dramatically reduce risk exposure by allowing underwriters to make more confident decisions and speed collection and presentation of information in the case of a claim.

Driving decisions at sea and on land

The future of re/insurance, like every industry, will see greater use of data, but the key to its introduction is to cut through the jargon and make the business case for it.  Indeed, having access to data is only one facet of how Industry 5.0 will drive change. As important is the ability to extract useable information from seas of raw data.

Live vessel and weather data, as well as access to historical records, needs to be used to drive smarter decision-making.

As technology has marched forward it has brought in tow tools that can transform how decisions are made. But it has also brought jargon: big data, artificial intelligence, digital transformation, data science and more.

In an industry dedicated entirely to managing and mitigating risk, information is everything; and as technologies continue to develop the opportunities are endless: decisions can be made faster and smarter and drive efficiencies in business processes. However, insurance is fundamentally about responding to human activity and the key for the sector will be to humanise the technologies, ensuring that algorithms and datasets are there to support human decision making and, in the end, human actions. For re/insurers the first thing this means is developing the right pricing structure for policies based on accurate information capture and exploitation, thus supporting business profitability.

The bottom line is that new technologies are capable of transforming re/insurance: the last decade has seen not only a massive increase in computational power, but also an equally dramatic crash in the price of data storage. In both cases this is driven by a move to so-called ‘cloud’ infrastructure, where compute and storage can be leased rather than purchased as capital expenditure and, notably, spun up and down as required. This means that the computational requirements of even the most complex algorithm or largest dataset are now within the reach of any business.

As a result, data can be transformed into useful information, while artificial intelligence technologies such as predictive analytics, grounded in the right information, can be used to manage risk. Raw data alone solves nothing, but its transformation into human actionable information can drive a more responsive decision making process that lowers exposures while allowing re/insurers to continue to provide cover in a volatile environment.

To take one example, the business climate is susceptible to both short and long term shifts in the actual climate. Naturally, marine is affected; perhaps more than any other sector. 2020, a year not short of challenges, saw a negative Atlantic hurricane season, and the trajectory has been negative for over a decade. Names like 2017′s Harvey and Maria and 2012′s Sandy and 2017′s Harvey have gone down in history as destructive forces that hurt business, ruined lives and even cities. As climate change takes hold, climatologists and meteorology services are predicting more frequent and more powerful storms, something that will inevitably disrupt marine traffic and offshore activity.

A combination of live data, such as vessel location and weather fronts, can be combined with historical information to provide a 360-degree picture that allows re/insurers to protect themselves from this increased threat. The marriage of information about natural forces and human actions offers re/insurers the ability to calculate risk on a granular basis.

Climate is only one example. Other real difficulties include obscure ownership information, poor maintenance records, ‘dark activity’ and even simple information lag. In the end, visibility is key: with global satellite communications and improved in-port connectivity, marine re/insurance need not be in the dark when it comes to data from vessels, seas and the weather.

This article was first posted on Aon Tech Perspectives