Skytek Update Report: Marine Casualty Advisory – Grounding of “Ever Given” in Suez Canal

Grounding of “Ever Given” in Suez Canal.

The Suez Canal is the waterway connecting the Mediterranean and the Red Sea, with over 19,000 ships transiting through every year.

The 2018-built, Panama-flagged, 219,079 gt “Ever Given” was en-route from Yntian, China to Rotterdam, Netherlands, and was scheduled on 23rd Mar for the Northbound convoy to Port Suez.

The traffic in both directions is reportedly blocked as several tugs are working to refloat the “Ever Given”.

To connect with our expert analysts email info@skytek.com 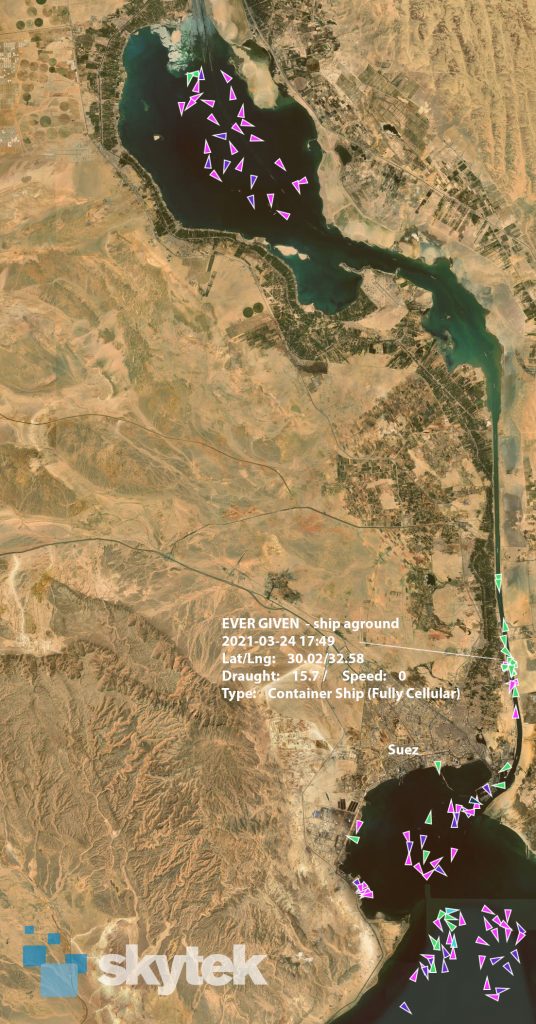